Upgrade My System or Completely Replace It?

I have been working with computers for a long time. When I started, programs were printed on punch cards and then fed into the computer. And the computer was the size of my living room.

We’ve come a long way since then.

Now, we can hold a computer in the palm of our hand, and it can do more than a whole house full of the older ones. Technology has advanced so quickly that computers are often considered old after six months.

I get asked this question a lot: “Should I buy a new computer?” And that’s usually followed by, “What should I buy? No matter what I get, it will be outdated in six months anyway, right?”

Let’s take a look at the first question.”Should I buy a new computer?”

I’ve always said that if your computer is doing all that you want it to do, as fast as you want do it, then you don’t need a new machine or even an upgrade. Stick with what works for you. If you are happy with what you have, then it’s not outdated. It’s when you’re unhappy that it becomes time to make a change.

Just because a machine is older doesn’t mean it’s obsolete. What if you’re not able to accomplish tasks? Or, at least not as quickly as you would like? What if your computer is NOT working for you?

That brings us to the second question, “What should I buy?”

There are lots, and I mean LOTS, of options available to get you where you want to be. Should you upgrade? Go refurbished? Buy new? What hardware needs to be in the machine? What about the operating system?

Sometimes, it’s so overwhelming it makes your head spin.

Depending on the age of the computer, sometimes just adding a new processor or some RAM memory will speed up the machine, and that’s all that’s needed. However, if the machine is four years old (or older), the parts may not be available or even worth the price to upgrade.

Complete replacement may be the best option.

If so, then what’s the best path? Depending on your budget, you need to decide on refurbished or new. And keep in mind, cheaper is not necessarily better.

Refurbished computers are machines that may be last year’s model or they could be returned computers that simply can’t be sold again as new.

Sometimes you can find really good deals on these computers, and they will provide increased performance over older machines and last several years. If you go this route, just remember that refurbished is not new and may need to be replaced or upgraded sooner than new machines.

So you’ve made the decision on the machine to buy. Now what? 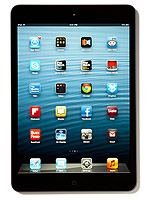 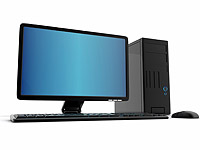 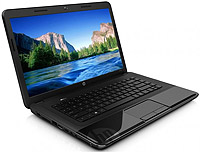 You need to decide if a laptop, some variation of a tablet, or a desktop computer will work best for you. Laptops and tablets are more portable, but tend to be more expensive as more components and features are added to them. Desktops are not as portable, but are usually built with more RAM and bigger processors for less money.

Once you decide on a laptop, tablet, or desktop, it’s a good idea to get the fastest processor and RAM memory you can afford. You will be happier with the end result, and the computer’s lifespan will be longer.

After you decide on the hardware, then comes the operating system. For PCs and laptops, the major choices are Windows or Mac. For tablets, add Android to the mix.

My suggestion is to poll a few people in your industry and get the pros and cons of each. You’re going to find a lot of differing opinions, but one is usually more dominant than the other. That’s the one to go with. Just make sure all of the software that you need will run on the operating system that you choose.

I hope this guide will help make it a little easier to decide what’s best for you. There are a lot of choices out there, but if you put a little time in to your decision up front, you’ll be more knowledgeable, happier, and confident you made the right decision.