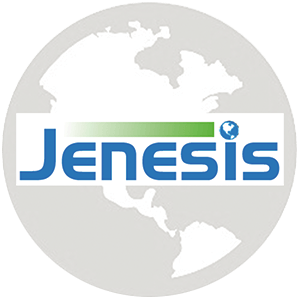 We encourage attendees to bring laptops, tablets, etc.
There will be many opportunities to use them during the conference.

IVANS Exchange & Marketplace Advantage
We are honored to have Cal Durland, Interface Optimization Director with IVANS Insurance Solutions, show you how becoming more connected and automated is becoming more critical in maintaining a competitive advantage.

Maximum Impact Digital Marketing
Phil Price, CEO of Price Digital, and most recently a partner of Jenesis working with our website customers, uncovers the next generation of effective website strategy and digital marketing.

Jenesis Advanced Features
Revealing the newest features of Jenesis to take your agency to the next level of efficiency and performance.

The Frank Discussion:  It’s Not Just About the Agency Management System
We are going to talk shop!  No laptops in front of us for this session . . .  Insanely simple changes you can make in your agency that will make a difference!  This is going to be fun.

JenesisNow
Most recently called “JenesisWOW” by agents, the all new Web Version of Jenesis is possibly the easiest system on earth to learn.  See what we mean.

New Commercial Features and Growing Commercial Lines
Revealing the newest features of Jenesis to take your agency to the next level of efficiency and performance.

Accomodations | Jenesis Special Room Rate
For a limited time, we have a special room rate of $99.00+taxes/fees  on Friday, April 27. Click on the link above to reserve your room.

Friday Night Social | Friday, April 27 | 7:00 pm
For those who will be traveling to the event Friday, we are having a social with drinks and hors d’oeuvres.  Weather permitting, our social will be on the patio. If weather is not favorable, we will have the social indoors.

Sign up by March 10th to receive biggest discount 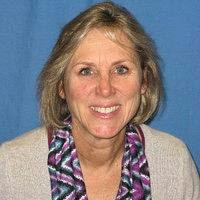 How many people can say that they have worked for a carrier, broker, association and solution provider, and are also married to a 4th generation independent agency principal? Cal has had a rewarding career for the past 35 years, and she continues to be excited as more agents realize the benefits of today’s technology and tools. Cal has continued to dedicate her career to the insurance industry, specifically to the independent agents. She believes that the IVANS tools are critical to independent agent success.

Cal is an Industry Advocate for the Insurance Digital Revolution, the Past Chair of the CPCU Society Agent & Broker Interest group, and Past President of CPCU Society of the Westchester-Fairfield and Hudson Chapter.

Working for a wide variety of agencies and design firms has given him a broad knowledge of all forms of design. This includes both the understanding of web technologies, art directing, branding, motion graphic animation and the design of a variety of print media.

Before launching Price Digital, he co-founded Click 3X, one of the most innovative animation and design firms of the digital revolution. He has also served in creative & management positions at ad agencies, design firms and broadcast companies.

Phil has joined Jenesis as a partner and is committed to taking the JenesisWeb product into the future. 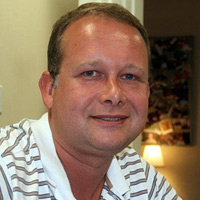 Eddie is a graduate of the University of North Carolina at Chapel Hill.  In 1991, Eddie Price, started his own insurance agency, Carolina Insurance, in the small town of Forest City, NC.  As the agency grew, Eddie realized that if he was going to continue to grow and service customers the way they deserved to be serviced, he would need to move from the world of paper to the world of technology.  He decided what he wanted in an agency management system and off he went . . . exploring all the systems that were out there.  It was not long before he came to the conclusion that not only were they expensive, but he was not finding exactly what he wanted in a system.  So, he took programming courses and began to develop his own system.

Eddie began using his system in his agency and named it Jenesis, after his daughter, Jenna (who will be at the conference and works with Jenesis). It was not long before some of his agent buddies expressed an interest in the system.  Before he knew it, a new business had formed.  Jenesis Software was incorporated in 1999, and it now is fortunate to have agencies using the system throughout the US.